The Faculty of Theology at the University of South Bohemia in České Budějovice hosted the 11th annual Czech Conference on the Philosophy of Sport and thus became the venue for a meeting of the world's leading scholars in this field.

‘Although the conference is called "Czech", it is actually quite strongly international. We have had speakers from China, USA, Canada, England, Slovenia, Croatia, Bulgaria, Russia, the Netherlands, Turkey and Mexico. There were also Czech scholars such as Ivo Jirásek (internationally renowned expert in the philosophy of sport and the guru of Czech experiential pedagogy) and Irena Martínková (active at FPES CU and also internationally renowned in the field of philosophy of sport). People from practice were represented – one of the speakers was David Matějka, who is a student at USB and also the coach of the youth of the Motor club (base A – U10). Also, Lukáš Mareš, who is active at the Faculty of Theology as a PhD student in philosophy and also works for the youth of the Motor club as a mental coach and philosophical consultant,’ said Daniel Novotný.

Keynote speakers were current leaders in the field:

Prof. Jim Parry said, ‘The conference dealt mainly with current topics such as esports, transgender athletes, the future of major sporting events, morality in sport, animals in sport - the question of their rights and autonomy, politics and sport, the dark side of professional sport, the role of sport in the good life. However, it was not just about sharing our own research, but a joint critical exploration of the topics.’

The participants did not stay only in the academic environment, as part of the social programme they went to a public ice skating and a hockey match of Motor against Třinec (23 October 2022), during which the home team managed to win.

‘The philosophy of sport is now an established part of Czech and foreign university studies. We are therefore pleased that we were able to obtain financial support from the University of South Bohemia (funded by the USB extraordinary RVO for 2022), owing to which we were able to invite key lecturers from abroad. The Faculty of Theology already hosted the 9th edition of this conference in 2020, but due to pandemic measures, it was only held online via the Zoom platform. We believe that the conference will not be the last time in České Budějovice,’ added Lukáš Mareš. 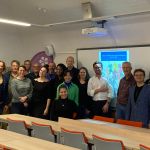 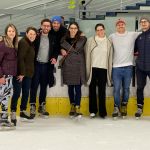 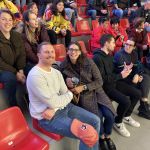 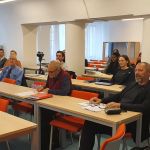